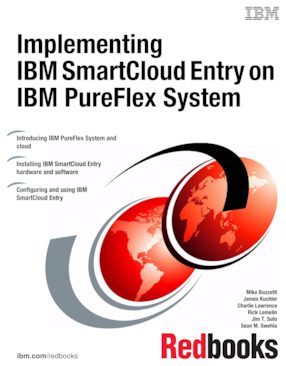 Distributed computing has been transformed with the introduction of virtualization technology. This has driven a re-architecture of traditional data center workload placement. In 2012, IBM® announced IBM PureSystems™, a new offering based on preconfigured software, servers, and storage that form an expert integrated system.

Expert integrated systems now combine traditional IT resources into a single optimized solution, with prepackaged components including servers, storage devices, networking equipment, and software. With this evolution of technology, we move from discrete, siloed, and underutilized IT resources to shared resource pools.

This IBM Redbooks® publication can help you install, tailor, and configure IBM SmartCloud® Entry on the IBM PureFlex™ System offering.

This book is intended for anyone who wants to learn more about cloud computing with IBM SmartCloud Entry and offerings based on IBM Flex System™ elements.

Appendix A. Known problems and workarounds