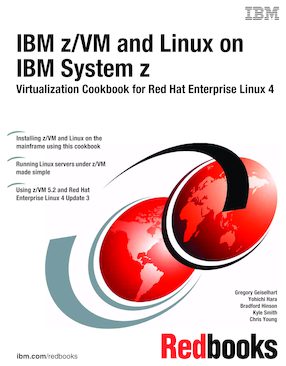 This book describes how to set up your own Linux virtual servers on zSeries and IBM System z9 under z/VM. It adopts a cookbook format that provides a clearly documented set of procedures for installing and configuring z/VM in a logical partition (LPAR) and then installing and customizing Linux.

You require a zSeries LPAR with associated resources, such as a z/VM 5.2 media, and a Linux distribution. This book is based on Red Hat Enterprise Linux 4 for zSeries and it addresses both 31-bit and 64-bit distributions.

In addition, there are a few associated REXX EXECs and Linux scripts to help speed up the process. These tools, which are on the Web, are not IBM products, but they are informally supported. They are available on the Web.

Chapter 1. Introduction to z/VM and Linux