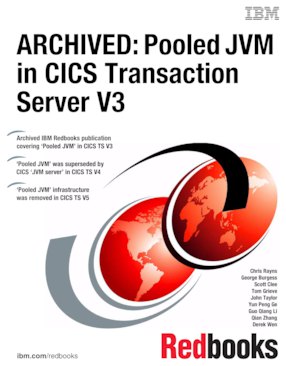 NOTE: This book contains information about technologies that have been superseded and it is retained for historical purposes only.

IBM CICS Transaction Server (CICS TS) has supported the deployment of Java applications since the 1990’s. In CICS TS V1.3 (1999), IBM introduced the 'Pooled JVM' style of JVM infrastructure within CICS TS. This infrastructure was designed to be similar in nature to that which a CICS application developer for a language such as COBOL would be used to. It brought the benefits of the new Java language to CICS TS, without a dramatic change to the way CICS users thought of core concepts such as re-entrancy and isolation.

As enterprise usage of Java evolved it began to make more and more use of multi-threaded environments where isolation was not a desired characteristic. Additionally, technologies such as OSGi (Open Service Gateway Initiative) evolved to overcome some of the original disadvantages of applying Java to an enterprise environment. As such, the limitations of the 'Pooled JVM' approach began to outweigh the benefits.

Appendix B. Hints and tips