IBM PowerKVM available with the Linux only scale-out servers

IBM® PowerKVM is an open source server virtualization choice based on POWER8™ technology. This IBM Redbooks® Solution Guide describes the Linux open source technology of Kernel-based Virtual Machine (KVM) virtualization, which is designed to complement the performance, scalability, and security qualities of Linux.

IBM PowerKVM maximizes the performance and security of KVM hypervisor and avoids proprietary x86 virtualization. Linux administrators will find PowerKVM easy to use. With PowerKVM, it is simple to migrate applications, and integration with cloud environments is less complicated.

The IBM® POWER8™ processors are built for big data and open innovation. Now, Linux administrators and users can maximize this power through the new open virtualization offering of PowerKVM. This IBM Redbooks® Solution Guide describes the Linux open source technology of Kernel-based Virtual Machine (KVM) virtualization, which is designed to complement the performance, scalability, and security qualities of Linux.

With the introduction of the Linux only scale-out systems with POWER8 technology, a new virtualization option is supported on IBM Power Systems™. This virtualization is known as Kernel-based Virtual Machine (KVM) and the offering for the IBM Power Systems is called PowerKVM. PowerKVM uses the qualities of performance, scalability, and security that are inherent in Linux.

This solution is for cost-conscious enterprises and Linux administrators looking for easy configuration and operation of PowerKVM technology (a simple but powerful functioning KVM host). Many of the cloud managers, such as OpenStack, were developed around KVM technology so this is a logical fit for cloud deployments. Figure 1 shows the 12-core IBM POWER8 architecture. 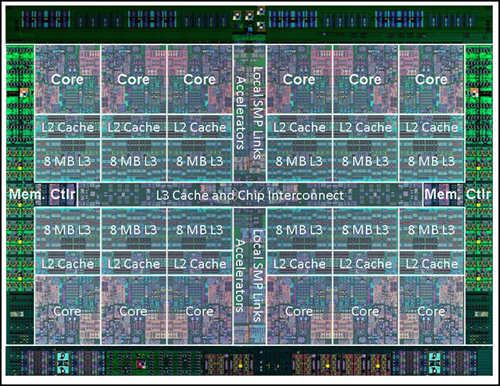 Did you know that PowerKVM can help you get more from your resources by resource over-commitment?

Virtualization allows physical resources to be shared by diverse workloads with complete segregation. Assets, such as the hardware platform, operating system, storage devices, and network, can be more effectively used in a virtual environment. In virtualization, two main components exist: the hypervisor and the guest. KVM is a part of open source virtualization that turns the Linux kernel into an enterprise-class hypervisor. Hypervisors consolidate huge amounts of work on a single server. Virtualization (through a mechanism called overcommitment) exposes more CPU, I/O, and memory to the guest machine than exist on the real server, therefore increasing resource utilization and improving the server consolidation. KVM is designed to deliver optimal performance by using virtualization. Imagine IBM Power technology and POWER8 processors being applied with PowerKVM to deliver incredible enterprise-grade performance to your virtual environment.

IBM PowerKVM is a product that blends the resilience and performance of Power technology with the openness of KVM. Your enterprise can anticipate many advantages from this combination:

These advantages in real terms mean that your enterprise's hardware processor utilization can be more efficient, memory access and architecture can be vastly improved, server utilization can be increased, and data movement can occur faster. Therefore, more business interactions, transactions, and services can be supplied to your customers and more revenue opportunities occur in a shorter period of time. All of these advantages can be afforded with fewer costs in a virtual environment. You'll have real power with IBM PowerKVM.

The IBM scale-out systems can run a mixture of workloads, including IBM AIX®, IBM i, and Linux. This allows the scale-out workload to include the Linux applications (supporting a complete stack of open software ranging from the hypervisor to cloud management). With the introduction of the Linux only scale-out systems, POWER8 processing can be applied to the actual open source virtualization mechanism known as KVM.

Whether you want to revolutionize your processing power for hypervisor or cloud, POWER8 processing is available to your enterprise with the ease of KVM management using PowerKVM.

For Linux administrators to get the value and ease of PowerKVM advantages, the architecture is simple.

The IBM Power System S812L (8247-21L) is a powerful single-socket entry server with the following assets:

Consider this scenario of a virtualized enterprise with the ability to get additional processing power through overcommitment.

CPU overcommit allows under-utilized CPU to be shared among other virtual machines (VMs). The CPU overcommit is usually enabled when the VMs are not expected to use all the CPU resources at the same time. Therefore, when one VM is not using its share of the CPU, another VM can use it.

A CPU assigned to a VM is called a virtual CPU (vCPU). Within an overcommitted scenario, the number of vCPUs is larger than the number of available CPUs. For example, Figure 4 shows a hypervisor with four CPUs that hosts two VMs that use three vCPUs each. Therefore, the guest operating system can use up to three CPUs if another VM is not using more than one CPU. 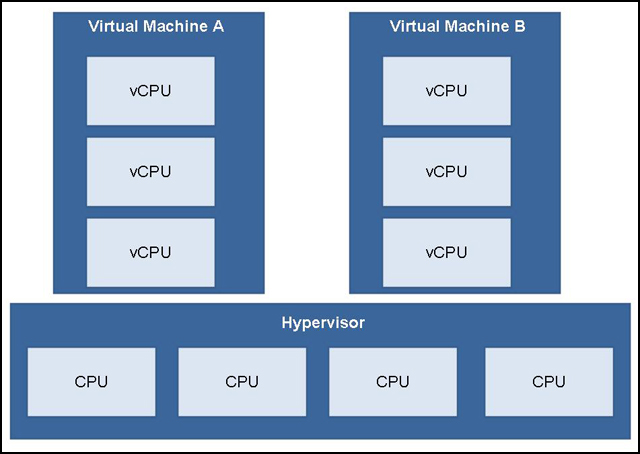 IBM PowerKVM hosts can be managed just like another KVM host. Kimchi is included in the IBM PowerKVM to provide a user-friendly interface for platform management in a single server. For cloud management, you can use IBM PowerVC or IBM Cloud Manager with OpenStack. The following list includes details about this integration:

At the moment, only IBM PowerLinux™ Systems built on POWER8 processors support PowerKVM as the hypervisor:

The available version for the PowerKVM stack is IBM PowerKVM V2.1 (with 1 or 3 years of subscription).

Note the following considerations about PowerKVM in this first release:

IBM is always innovating and integrating products with systems. For current information about the supported platforms, operating systems, and prerequisites, see the following websites:

PowerKVM is available as a subscription for 1 or 3 years, and typically ordered with the Power scale-out server. When bundled with the hardware order, it comes pre-loaded and ready to use. As well, PowerKVM can be added after the initial order.

For complete ordering information, see the RFA document on PowerKVM.