With hardware protocol offloads for TCP/IP and FCoE standard, the CN4058 8-port 10Gb Converged Adapter provides maximum bandwidth with minimum use of CPU resources. This is key in IBM Virtual I/O Server (VIOS) environments because it enables more VMs per server, providing greater cost saving to optimize return on investment. With eight ports, it takes full advantage of capabilities of all Ethernet switches in the IBM Flex System portfolio. 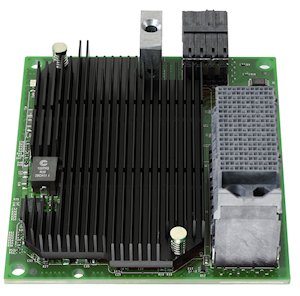 IBM Flex System is a new category of computing that integrates multiple server architectures, networking, storage, and system management capability into a single system that is easy to deploy and manage. IBM Flex System has full built-in virtualization support of servers, storage, and networking to speed provisioning and increase resiliency. In addition, it supports open industry standards, such as operating systems, networking and storage fabrics, virtualization, and system management protocols, to easily fit within existing and future data center environments. IBM Flex System is scalable and extendable with multi-generation upgrades to protect and maximize IT investments.

Note: The CN4058 does not support iSCSI hardware offload.

Table 2. Supported servers
See IBM ServerProven at the following web address for the latest information about the expansion cards that are supported by each blade server type:
http://ibm.com/servers/eserver/serverproven/compat/us/

I/O adapter cards are installed in the slot in supported servers, such as the p260, as highlighted in the following figure. 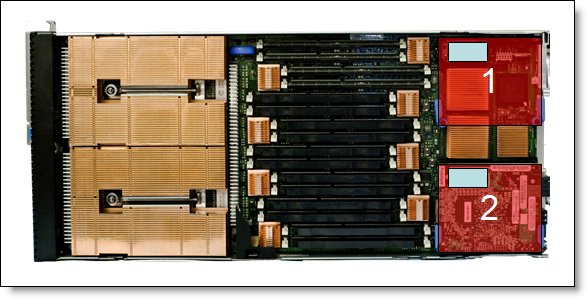 These adapters can be installed in any I/O adapter slot of a supported IBM Flex System compute node. One or two compatible 1 Gb or 10 Gb I/O modules must be installed in the corresponding I/O bays in the chassis. The following table lists the switches that are supported. When connected to the 1Gb switch, the adapter will operate at 1 Gb speeds.

To maximize the number of adapter ports usable, switch upgrades must also be ordered as indicated in the following table. Alternatively, for CN4093, EN4093R, and SI4093 switches, you can use Flexible Port Mapping, a new feature of Networking OS 7.8, that allows you to minimize the number of upgrades needed. See the Product Guides for the switches for more details:
http://www.redbooks.ibm.com/portals/puresystems?Open&page=pg&cat=switches

The table also specifies how many ports of the CN4058 adapter are supported once all indicated upgrades are applied. Switches should be installed in pairs to maximize the number of ports enabled and to provide redundant network connections.

Table 3. I/O modules and upgrades for use with the CN4058 adapter * This column indicates the number of adapter ports that will be active if all upgrades are installed.
** Withdrawn from marketing

Note: Adapter ports 7 and 8 are reserved for future use. The chassis supports all eight ports but there are currently no switches available that connect to these ports.

The following table shows the connections between adapters installed in the compute nodes to the switch bays in the chassis.

Table 4. Adapter to I/O bay correspondence * The use of adapter ports 3, 4, 5, and 6 require upgrades to the switches as described in Table 3. The EN4091 Pass-thru only supports ports 1 and 2 (and only when two Pass-thru modules are installed).
** Adapter ports 7 and 8 are reserved for future use. The chassis supports all eight ports but there are currently no switches available that connect to these ports.

The following figure shows the internal layout of the CN4058 for consideration when ports are assigned for use on VIOS for TCP and FCP traffic when used with a CN4093, EN4093R, or SI4093 switch. Red lines indicate connections from ASIC 1 on the CN4058 adapter and blue lines are the connections from ASIC 2. The dotted blue lines are reserved for future use when switch are offered that support all 8 ports of the adapter. 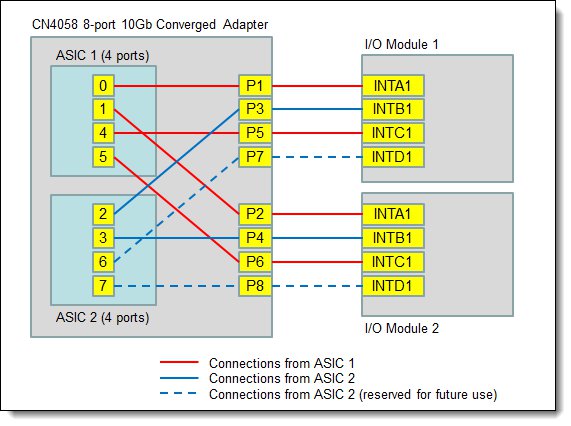 Dual VIOS note: Enabling both switch upgrade licenses enables all 42 internal ports, the “A”, “B”, and “C” sets. The first ASIC connects to one “A”, one “B”, and two “C” ports (the red lines). The second ASIC connects to one “A” and one “B” port (the solid blue lines). The other two ports from the second ASIC are unused (dotted blue lines). The implication is if each ASIC is assigned to a different VIOS and both upgrades are installed, the first VIOS has four active ports and the second VIOS has two active ports. 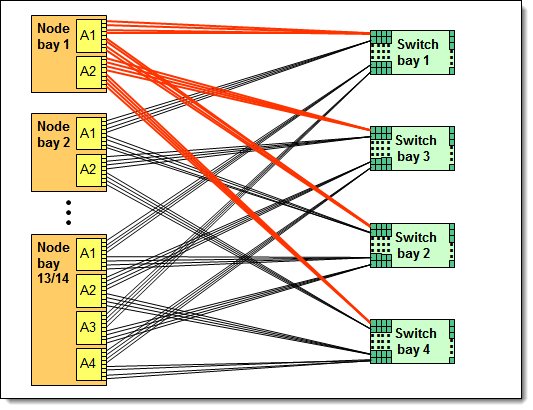 Figure 4. Logical layout of the interconnects between I/O adapters and I/O modules

Tip: Use these tables only as a starting point. Configuration support must be verified through the IBM System Storage® Interoperation Center (SSIC) web site:
http://ibm.com/systems/support/storage/ssic/interoperability.wss

For the latest information about installing Linux on IBM Power Systems, see:
http://www14.software.ibm.com/webapp/set2/sas/f/lopdiags/info/LinuxAlerts.html

The dimensions and weight of the adapter are as follows:

The adapter conforms to the following regulatory standards:

The adapters can be used in various configurations.

The following figure shows CN4058 8-port 10Gb Converged Adapters installed in both slots of the p260, which in turn is installed in the chassis. The chassis also has four IBM Flex System Fabric EN4093R 10Gb Scalable Switches, each with both Upgrade 1 and Upgrade 2 installed, enabling 42 internal ports on each switch. The switch configuration enables 6 of the 8 ports on the CN4058 adapter. 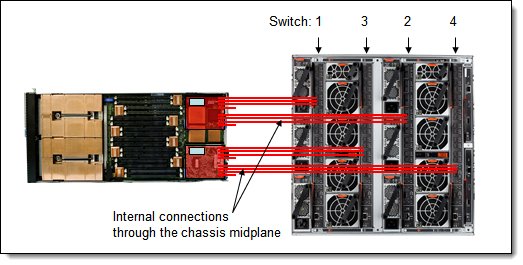 The CN4058 adapter can be used with the EN4093R 10Gb Scalable Switch as Data Center Bridging (DCB) switches that can transport FCoE frames using FCoE Initialization Protocol (FIP) snooping. The encapsulated FCoE packets are sent to the Brocade VDX 6730 Fibre Channel Forwarder (FCF) which is functioning as both an aggregation switch and an FCoE gateway, as shown in the following figure. 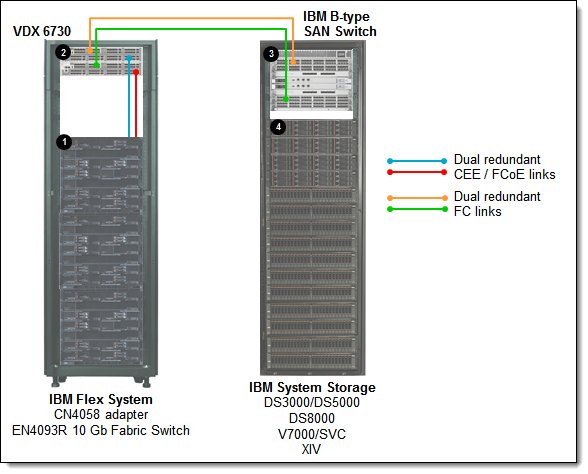 Figure 6. FCoE solution using the EN4093R as an FCoE transit switch with the Brocade VDX 6730 as an FCF

The solution components used in the scenario depicted in the figure are listed in the following table.

For more information refer to the following resources: