The IBM Flex System™ p24L, p260 and p460 Compute Nodes are servers based on IBM® POWER® architecture technologies. These compute nodes run in IBM Flex System Enterprise Chassis units to provide a high-density, high-performance compute node environment, using advanced processing technology. The p260 and p460 support IBM AIX, IBM i, and Linux operating environments and are designed to run a wide variety of workloads. The p24L is designed to run Linux. The p24L and p260 are half-wide compute nodes with two processors, and the p460 is a full-wide compute node with four processors.

The IBM Flex System™ p260 and p460 Compute Nodes are servers based on IBM® POWER® architecture technologies. These compute nodes run in IBM Flex System Enterprise Chassis units to provide a high-density, high-performance compute node environment, using advanced processing technology. The nodes support IBM AIX, IBM i, or Linux operating environments and are designed to run a wide variety of workloads. The p260 and p24L are standard compute nodes with two POWER7 or POWER7+ processors, and the p460 is a double-wide compute node with four POWER7 or POWER7+ processors. 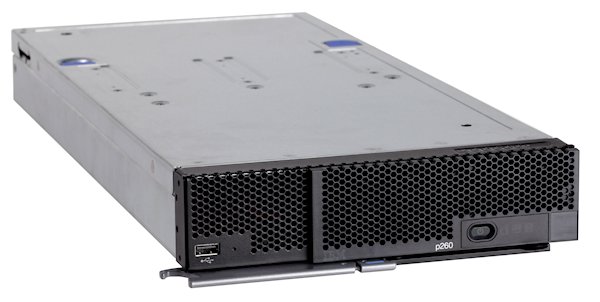 IBM Flex System is a new category of computing that integrates multiple server architectures, networking, storage, and system management capability into a single system that is easy to deploy and manage. IBM Flex System has full built-in virtualization support of servers, storage, and networking to speed provisioning and increase resiliency. In addition, it supports open industry standards, such as operating systems, networking and storage fabrics, virtualization, and system management protocols, to easily fit within existing and future data center environments. IBM Flex System is scalable and extendable with multi-generation upgrades to protect and maximize IT investments.

The IBM Flex System p24L, p260 and p460 Compute Nodes are high-performance POWER7-based servers optimized for virtualization, performance, and efficiency. This section describes the key features of the server.

The p24L, p260 and p460 provide many features to simplify serviceability and increase system uptime:

The compute nodes offer the following energy-efficiency features to save energy, reduce operational costs, increase energy availability, and contribute to the green environment:

Locations of key components and connectors 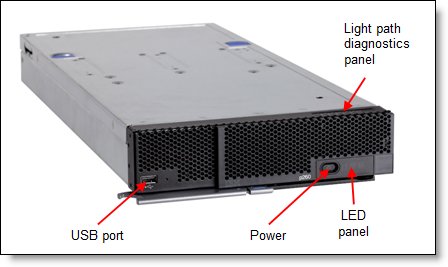 Figure 3 shows the locations of key components inside the p260. 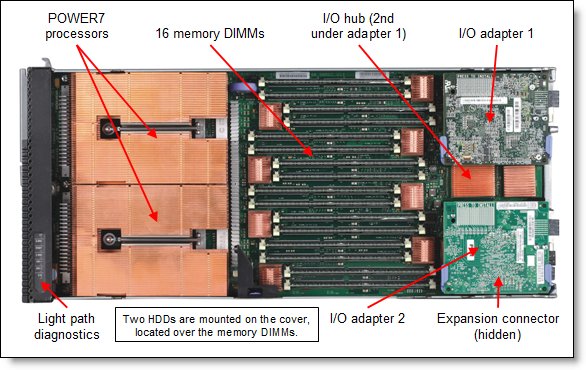 Figure 5 shows the locations of key components inside the p460. 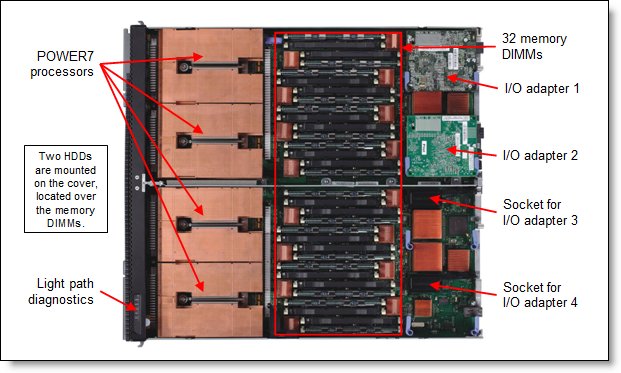 
The compute nodes are shipped with the following items:

The following table provides guidelines about what number of compute nodes can be installed. For more guidance, use the Power Configurator, found at the following website: http://ibm.com/systems/bladecenter/resources/powerconfig.html

A PureFlex System solution consists of these:

Additional compute nodes, chassis, and IBM 42U racks can be ordered after the basic requirements for the PureFlex System solution are met. These additional orders will be indicated by feature number EFD4 (Expansion Option) or EFD5 (Custom Expansion).

The compute nodes support the processor features listed in the following table. The selected feature code includes two or four processors, as indicated.

The p260 and p24L supports up to 16 DIMMs. The p460 supports up to 32 DIMMs. Each processor has four memory channels, and there are two DIMMs per channel. All supported DIMMs operate at 1066 MHz.

The following table lists memory features available for the compute nodes. DIMMs are ordered and can be installed two at a time, but to maximize memory performance, install them in sets of eight (one for each of the memory channels).

The compute nodes have two non-hot-swap drive bays attached to the cover of the system. Either two 2.5-inch SAS HDDs or two 1.8-inch SATA SSDs can be installed. If 2.5-inch HDDs are installed, then LP memory DIMMs are not supported, only VLP DIMMs. The use of 1.8-inch SSDs does not limit the memory DIMMs used. SSDs and HDDs cannot be mixed.


The choice of drive also determines what cover is used for the compute node, because the drives are attached to the cover. The following table lists the options.

The server does not support an internal optical drive option. However, you can connect an external USB optical drive, such as IBM and Lenovo part number 73P4515 or 73P4516.

The following figures show the location of the I/O adapters in the p24L, p260 and p460. 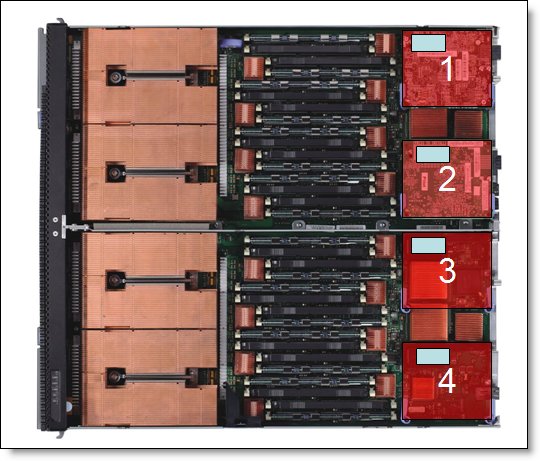 All I/O adapters are the same shape and can be used in any available slot.. A compatible switch or pass-through module must be installed in the corresponding I/O bays in the chassis, as indicated in the following table. Installing two switches means that all ports of the adapter are enabled, which improves performance and network availability.

* The use of adapter ports 3, 4, 5, and 6 require upgrades to the switches as described in Table 4. The EN4091 Pass-thru only supports ports 1 and 2 (and only when two Pass-thru modules are installed).
** Adapter ports 7 and 8 are reserved for future use. The chassis supports all eight ports but there are currently no switches available that connect to these ports.

The following figure shows the location of the switch bays in the IBM Flex System Enterprise Chassis. 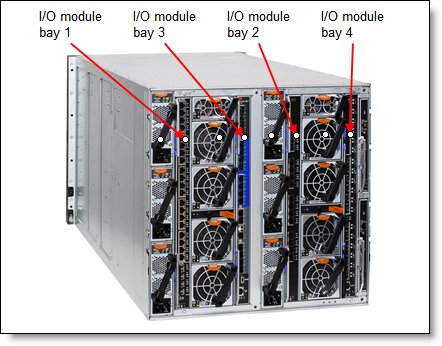 Figure 8. Location of the switch bays in the IBM Flex System Enterprise Chassis

The following figure shows how two-port adapters are connected to switches installed in the chassis. 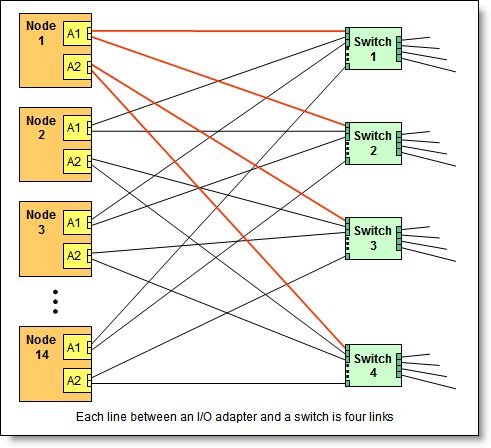 Figure 9. Logical layout of the interconnects between I/O adapters and I/O modules

The compute nodes do not have any networking integrated on the system, allowing flexibility. The following table lists the supported network adapters and which slots each is supported in.

For quick problem determination when located physically at the server, the compute nodes offers a three-step guided path:

The light path diagnostics panel is visible when you remove the server from the chassis. The panel is located on the top right-hand side of the compute node, as shown in the following figure. 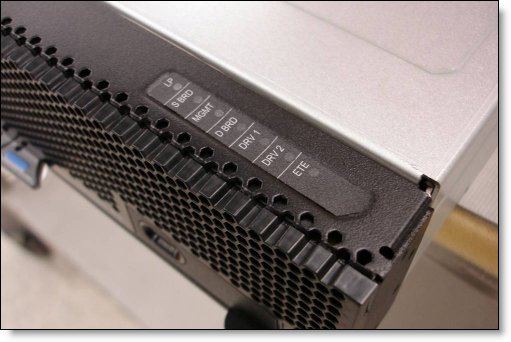 The meanings of the LEDs in the light path diagnostics panel are listed in the following table.

Table 9. Light path diagnostic panel LEDs
If problems occur, the light path diagnostics LEDs assist in identifying the subsystem involved. To illuminate the LEDs with the compute node removed, press the power button on the front panel. This temporarily illuminates the LEDs of the troubled subsystem to direct troubleshooting efforts towards a resolution.

Typically, an administrator has already obtained this information from the IBM Flex System Manager or Chassis Management Module before removing the node, but having the LEDs helps with repairs and troubleshooting if onsite assistance is needed.

The p260 model 23A and p460 model 43X support the following operating systems:

Note: Support by some of these operating system versions will be post generally availability. See the IBM ServerProven® website for the latest information about the specific versions and service levels supported and any other prerequisites:
http://www.ibm.com/systems/info/x86servers/serverproven/compat/us/nos/matrix.shtml

Dimensions and weight of the p460:

This is the supported operating environment:

The IBM Flex System p24L, p260 and p460 Compute Nodes have a three-year onsite warranty with 9x5 next-business-day terms. IBM offers the warranty service upgrades through IBM ServicePac, discussed in this section. The IBM ServicePac is a series of prepackaged warranty maintenance upgrades and post-warranty maintenance agreements with a well-defined scope of services, including service hours, response time, term of service, and service agreement terms and conditions.


In general, these are the types of IBM ServicePac warranty and maintenance service upgrades:

The servers conform to the following standards: