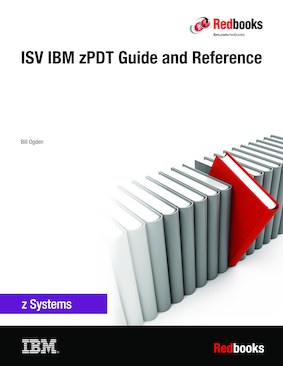 The systems that are described in this publication are complex, with elements of Linux (for the underlying PC machine), IBM z/Architecture® (for the core zPDT elements), IBM zSystems I/O functions (for emulated I/O devices), z/OS (the most common IBM zSystems operating system), and various applications and subsystems under z/OS. We assume that the reader is familiar with general concepts and terminology of IBM zSystems hardware and software elements, and with basic PC Linux characteristics.

This publication provides the primary documentation for ISV zPDT and corresponds to zPDT V1 R11, commonly known as GA11.