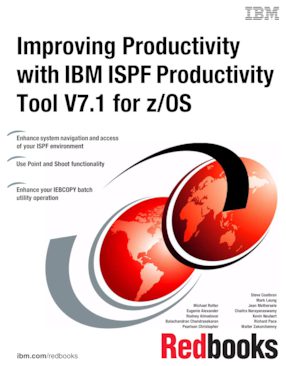 This book is intended as a supplement to existing product manuals. It opens with an overview of the main IPT concepts and facilities, and follows with detailed chapters which are each dedicated to a major IPT function. Practical scenarios, accompanied by window captures and coding examples, demonstrate how both experienced ISPF users and those new to the IBM z/OS environment can benefit from the IPT enhanced functionality in each case.