Deploying a Grid Solution with the IBM InfoSphere Information Server 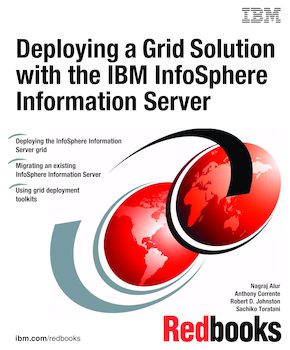 The IBM InfoSphere Information Server and the IBM Blade/GRID offering is a revolutionary new software/hardware platform (leveraging Linux on Intel) that helps organizations derive more value from the complex heterogeneous information spread across their systems. It enables organizations to integrate disparate data and deliver trusted information wherever and whenever needed, in line and in context, to specific people, applications, and processes.

Appendix B: Command and scripts used in the migration scenario