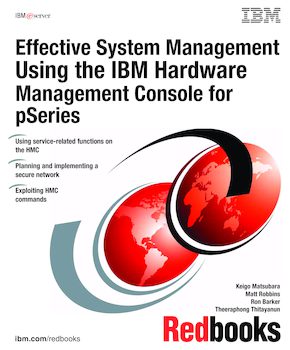 The major function provided by the HMC is partitioning management, which is well covered well by several other publications. This IBM Redbooks publication, designed to be used as a deskside reference for systems administrators who manage partitioning-capable pSeries servers using the HMC, is meant to complement these other publications by covering the following topics:

- Managing software levels on the HMC

- Secure networking in a partitioned environment

- Service functions on the HMC

Chapter 1. Introduction to the HMC

Chapter 11. Service functions on the HMC

Appendix A. Configuring asynchronous adapters on the HMC

Appendix B. Recommended network configuration in a partitioned environment