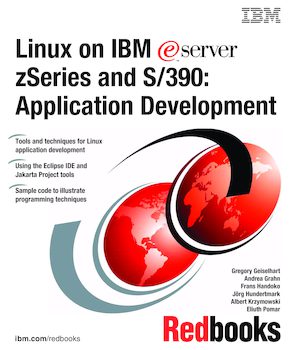 In part one, we discuss standard development tools available for Linux on the zSeries platform. We provide complete details for using the IBM Java Software Development Toolkit, CVS, Emacs, the vi editor, and applications that make up the Jakarta Project.

In part two, the open source Eclipse IDE is introduced. We describe the basic concepts it incorporates, and provide step-by-step instructions for installing, configuring, and working with Eclipse.

In part three, we demonstrate programming techniques using an example J2EE application as an illustration. All the code necessary to implement the sample project in your own environment is included.

An appendix provides details about installing DB2 for Linux on zSeries, presents topics related to porting applications, and describes a pilot project that produced an e-business solution on Linux for S/390.

Chapter 1. The basic tools you need

Chapter 12. zSeries as a development platform

Appendix A. DB2 for Linux on zSeries

Appendix B. Porting applications to Linux on zSeries