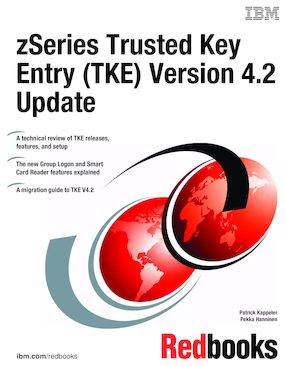 This IBM Redbooks publication provides detailed information about the principles of operation and use of new features in the Trusted Key Entry workstation at the Version 4.2 level.

New TKE functions such as Smart Card Support and Group Logon are described in terms of implementation and setup, and we give examples of the utilization of these two functions. We also cover the process of migrating from previous TKE releases, and provide examples of TCP/IP setup and configuration for the TKE workstation.

Chapter 1. A refresher on zSeries Hardware Crypto and the Trusted Key Entry workstation