This IBM® Redbooks® Solution Guide describes IBM z/OS® V2R1, the latest release of the z/OS operating system. This release provides current hardware support for the zEC12 and zBC12 servers, batch modernization features, enhancements to security, data processing, communications, and other z/OS components. By implementing the key functions in this release you can enhance availability, scalability, and security of your system, simplify batch processing, and improve data management.

This IBM® Redbooks® Solution Guide describes IBM z/OS® V2R1, the latest release of the z/OS operating system. This release provides current hardware support for the zEC12 and zBC12 servers, batch modernization features, enhancements to security, data processing, communications, and other z/OS components. By implementing the key functions in this release you can enhance availability, scalability, and security of your system, simplify batch processing, and improve data management. 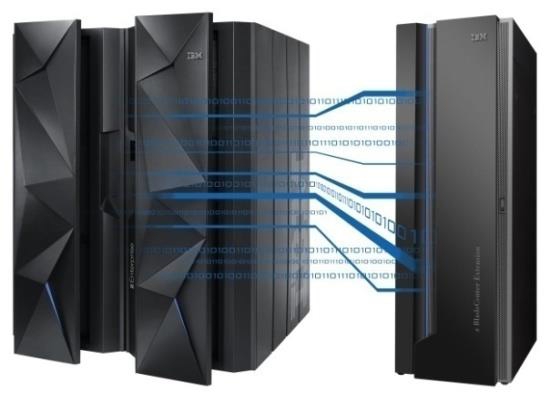 IBM z/OS V2R1 is the first release in the two-year release cycle for z/OS. This release will coexist with the next two releases of z/OS, which are planned to be released two years and four years after the z/OS V2R1 availability date of September 2013. The extended release cycle provides you with more time to implement the many new functions included in z/OS V2R1.

Many of the new functions in z/OS V2R1 use the new hardware features exclusive to the zEC12 and zBC12 servers. Support for IBM zEnterprise® Data Compression (zEDC) allows you to compress data with low CPU overhead and low latency. Support for Shared Memory Communications-Remote Direct Memory Access (SMC-R) can help you move data quickly between z/OS images on the same CPC or a different CPC without requiring changes to applications. Flash Express support improves system availability and responsiveness. Support for CFCC level 19 enhancements improves performance in environments with shared engine coupling facilities.

To simplify operations and extend automation, two enhancements are available for synchronous write to operator with reply (WTOR) processing (also referred to as DCCF). The first extends the auto-reply function so it can respond to WTORs displayed through DCCF. The second notifies all locally attached MCS consoles of the current destination of a WTOR displayed by DCCF, which helps operators more easily locate the console on which the response might be entered.

Many new functions are in z/OS V2R1. This solution concentrates on enhancements in hardware support, communications, security, data management, batch modernization, and other z/OS functions.

Exploitation of the PCIe hardware functions such as zEDC and SMC-R is provided by the new PCIe support in z/OS V2R1. Two new address spaces are introduced in this release of z/OS; they are PCIE and FPGHWAM. In addition, hardware configuration definition (HCD) is enhanced to define the new PCIe hardware, and PARMLIB member IQPPRMxx is added. New keywords in SMFPRMxx are required to implement zEDC compression for log streams and new keywords in the TCP/IP profile are required for support of SMC-R (Figure 2). RSM is enhanced to support Flash Express. Cross-system coupling facility (XCF) and cross-system extended services (XES) are updated to enable the thin interrupts function in z/OS. Finally, console address space and console services are extended to support the HMC integrated 3270 console for NIP and as a system console. 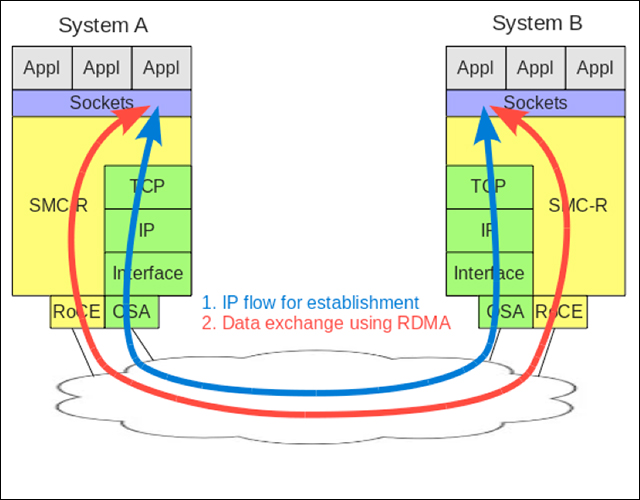 New keywords in the TCP/IP profile member of Communications Server are added to improve the INTERFACE statement and inbound workload queuing. With new TCP/IP VARY command keywords, you can check the syntax on the TCP/IP profile before activating changes. The Communications Server configuration assistant wizard (Figure 3) is now part of IBM z/OS Management Facility (z/OSMF). 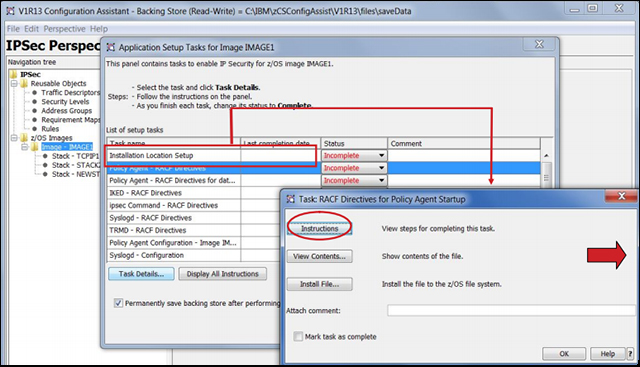 The security enhancements of QDIO accelerator support for IPSec, sysplex-wide security associations, and IKEv2 IPSec improvements are implemented by using new keywords in TCP/IP configuration files (Figure 4). RRSF over TCP/IP support is implemented in IBM RACF®. SAF-based authorization for job classes is provided by JES2 and JES3; the support for the BPX.UNIQUE.USER profile is provided by z/OS UNIX and RACF. 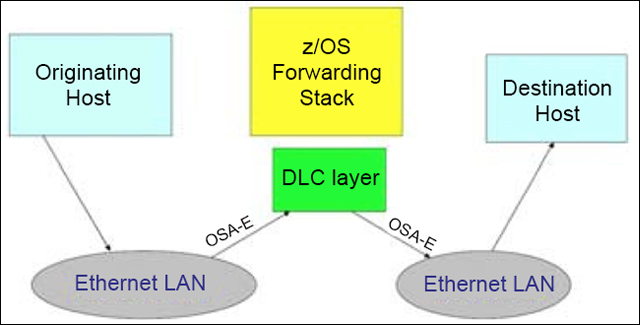 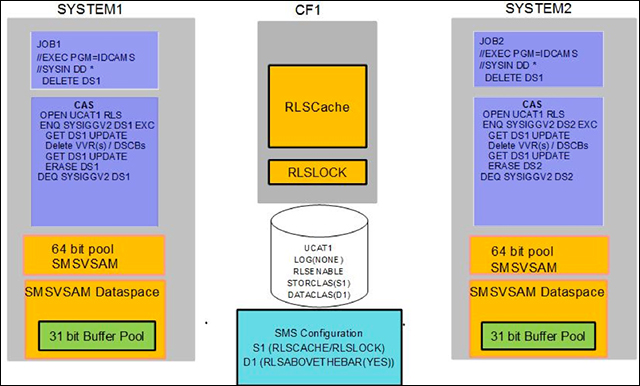 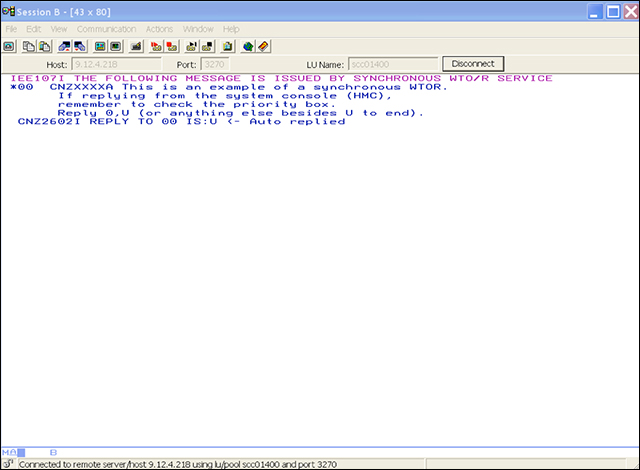 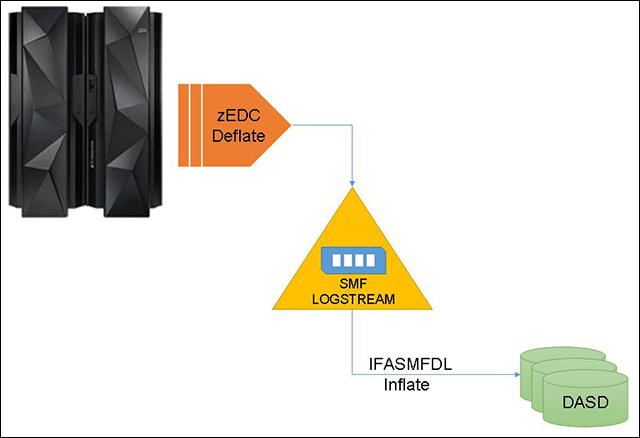 Another example is using SMC-R to reduce transfer time and CPU usage when transferring large amounts of data by using FTP between two z/OS systems. When the two systems are located on different zEC12 or zBC12 servers, they can use SMC-R for the transfer (Figure 8).

z/OS V2R1 supports the two previous releases for coexistence, fallback, and migration. You can upgrade from either z/OS V1R12 or z/OS V1R13 directly to z/OS V2R1 with full coexistence, migration, and fallback support. Migration forward from z/OS V2R1 is also planned for the next two releases of z/OS.

Middleware products such as IBM DB2®, CICS®, IMS™, and WebSphere® MQ, and also other IBM or ISV products might require compatibility program temporary fixes (PTFs) for coexistence and support with z/OS V2R1.