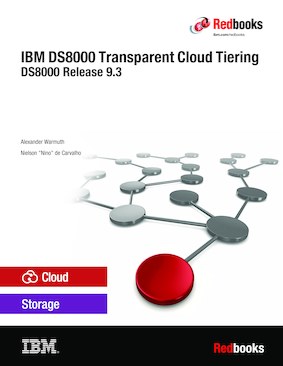 IBM Data Facility Storage Management Subsystem (DFSMS) and the IBM DS8000® added functions to provide elements of serverless data movement, and for IBM z/OS® to communicate with a storage cloud. The function is known as Transparent Cloud Tiering (TCT) and is composed of the following key elements:

This IBM Redbooks publication is divided into the following parts:

This edition applies to DS8900F Release 9.3 and covers more recent features of TCT such as multi-cloud connections, along with extra advice for high availability cloud connectivity and DFSMShsm improvements.