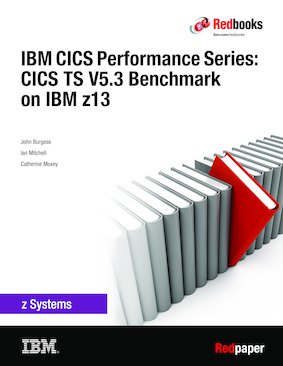 The motivation for the benchmark is to demonstrate some of the benefits of CICS Transaction Server (CICS TS) V5.3, compared with previous releases in terms of:

In particular, CICS TS V5.3 has optimized transaction dispatching for HTTP requests. In this release, CICS is able to directly dispatch an application transaction for each request that it receives, without first needing to run a CWXN (web attach) transaction.

Applying the results to your environment