Implementing WXTR can provide several benefits as illustrated by the scenarios in this IBM Redbooks® Solution Guide.

IBM® WebSphere® eXtended Transaction Runtime (WXTR) is a distributed online transaction processing (OLTP) environment to host COBOL and C applications with IBM WebSphere Application Server on AIX®. It enables modernization and extension of business applications that are written in COBOL and C into a Java Enterprise Edition (Java EE) environment and helps to realize the benefits of a tightly integrated managed environment. WXTR provides basic runtime connectivity between Java EE applications and COBOL and C applications, which eases the integration required for composite applications in an enterprise environment. Through tight integration with the system management capability of WebSphere Application Server, you can achieve easy deployment, administration, and optimization of services, increasing administration efficiency for managing mixed language transactional applications. Figure 1 summarizes the benefits of WXTR. 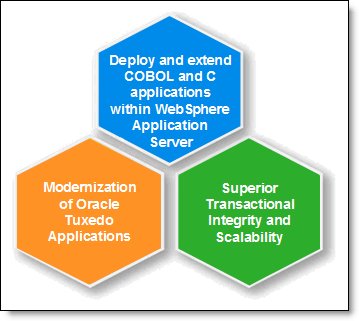 Many clients have invested much time and effort in the development of business logic in COBOL and C applications. They realize that the value of those applications can be unlocked and extended by using Java EE. By establishing WebSphere eXtended Transaction Runtime as a core component of an enterprise IT architecture, alongside WebSphere Application Server, an organization can have a highly responsive, tightly integrated composite application-serving infrastructure for modern COBOL, C, and Java workloads. This solution provides the ability to effectively optimize and modernize these COBOL and C assets, in addition to capitalizing on enterprise-wide skills to consolidate IT infrastructure around WebSphere Application Server as the core hosting server in a distributed environment.

The major benefits of a WebSphere eXtended Transaction Runtime solution are in two broad areas:

IBM Rational® Developer for Power Systems™, with WXTR, provides a modern application development experience across Java EE applications and COBOL and C applications. Developers can use it to perform operations such as developing, deploying, and debugging applications within a single integrated development environment (IDE), improving productivity. 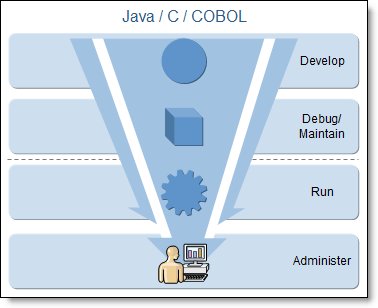 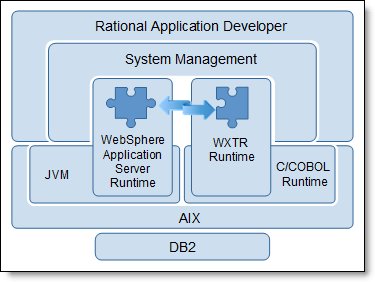 Figure 3. WXTR architecture, which is a tightly integrated, managed environment for Java and COBOL applications

Both run times run on the AIX platform. The WXTR run time needs to connect to a DB2 database or Oracle database that can reside in the same machine as WXTR or in a remote machine.

The different functions that WXTR supports can be classified into the following categories:

A WebSphere eXtended Transaction Runtime solution is realized in various deployment scenarios (illustrated in Figure 4) and is supported by tooling options to assist with these deployment configurations. 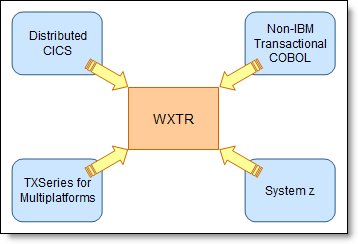 WXTR is suitable for the following cases: 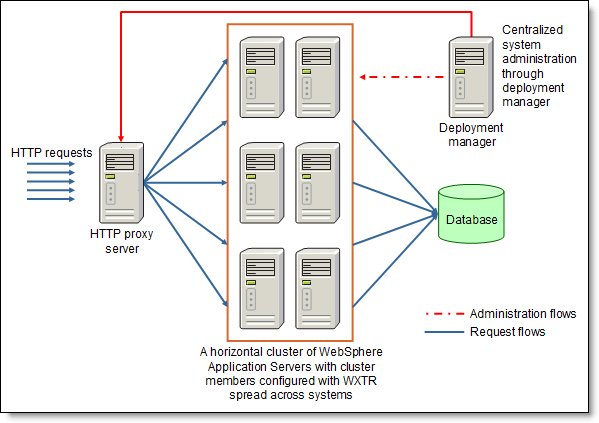 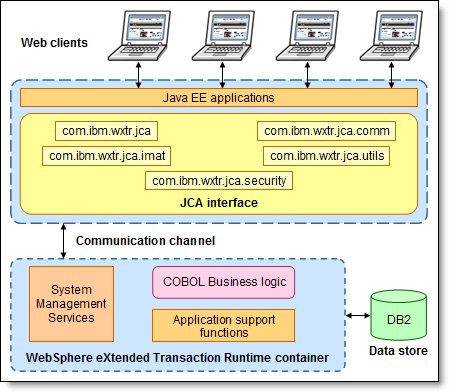 SCA provides a model for creating applications that follow SOA principles. WXTR exposes an SCA service, called WXTRService, with an SCA component, called WXTRService Component. Figure 8 illustrates an example of invoking a COBOL program that is deployed in WXTR. 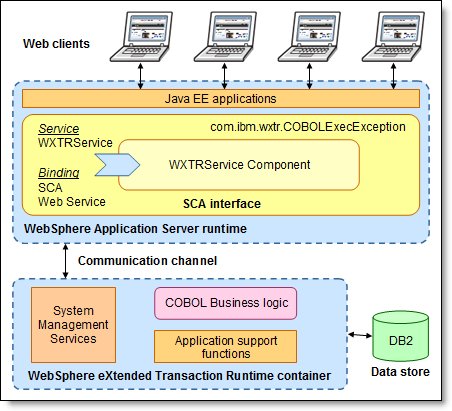 WebSphere eXtended Transaction Runtime is compatible with any IBM System p® hardware that can run IBM AIX V6.1 or V7.1.

The WebSphere eXtended Transaction Runtime product is available only through IBM Passport Advantage®. It is not available for shrink wrap.